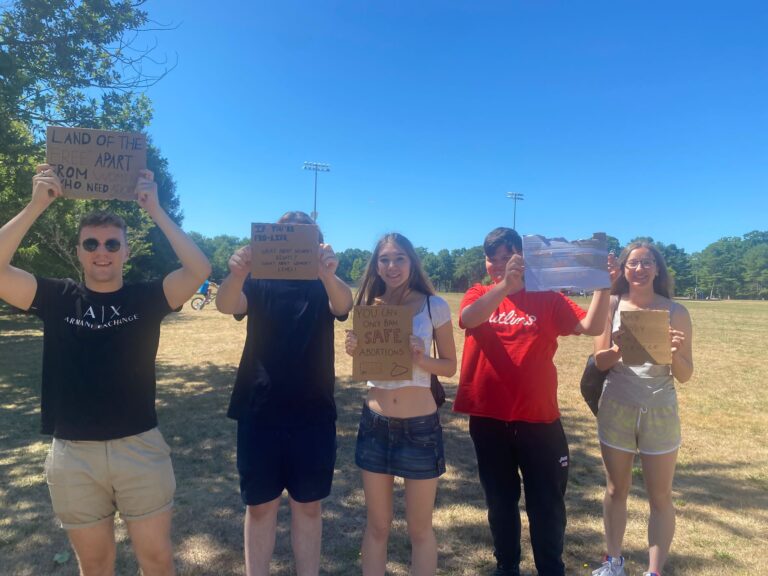 Hi, welcome to our blog. We are the Young people’s Development Group (YPDG). We are young people who have come together to help create Horizon Youth Zone in Grimsby. This blog is to keep a log of our progress and achievements as we continue to work towards the opening of Horizon Youth Zone and the many opportunities that it will bring.

We have had an amazing summer filled with so many fun events and opportunities. We hope you will enjoy reading about some of them.

Starting back at the end of May, a group of young people and volunteers went on a voyage in a tall ship. For 5 days they lived on the ship, cleaned it and sailed it. When they returned, we all heard some funny stories with one quote that I’m sure we will all never forget being Bailey saying, ‘Grab the helm, I’m going to hurl’. They all had an amazing time, and the memories are still being talked about in our meetings now so I’m sure they will always look back on them.

Horizon have also taken part in the Ørsted 10k and the ABP Humber coastal 5K. This was a huge achievement for everyone who took part, and we are looking forward to our next run. As a group, we like to take part in community events. Another example of this is that we attended the festival of the sea which people enjoyed. Some young people were part of the procession which was ‘great fun’.

Another event we went to was the President’s Cup. This is an event where young people from different youth zones across the country come together to compete in all different competitions. The young people from Horizon thoroughly enjoyed it and had the role of judging some of the competitions. When Horizon youth zone is built, young people from Horizon will be able to take part. Josh thought that the ‘dance performances were great, especially the lion king from the Hive’. We also had a visit to the newly opened Warrington youth zone. ‘They only fed us bugs’ at Warrington because they were doing bushtucker trials. Despite the bugs, it was still a good day.

The biggest event this summer had to be our exchange with the youth group 3rd eye in New Bedford, Massachusetts. Young people from New Bedford touched down in London at the end of July where they were greeted by members of the YPDG. We had lots of exciting activities planned for them such as touring the houses of parliament and Buckingham palace. During their stay in London, they had the opportunity to see some of the London youth zones and also to ride the tube. The surprise for them while in London was that they got to see a west end production. The musical they were seeing was Grease (which nobody managed to guess) and everyone loved it. After spending a few days in London, we brought them to Grimsby and showed them where Horizon will be.

We had lots of activities planned for them such as going gliding. This was fun and something that they had never done before. Mablethorpe beach was a short drive away from the gliding club, so we also took them there.

Another event that we held was a bowls and afternoon tea. Neil and Jane (who do weekly sports sessions with us) helped us run a fun afternoon for the American’s showing them how to play bowls. This was followed by traditional British afternoon tea. As someone from our group said, ‘it wouldn’t be as fun and competitive without Neil and Jane’ so we are very thankful to them for helping us with this event.

The New Bedford group were also lucky enough to be able to see Blundell Park. They also got to try on the Mighty Mariner’s head. On the last evening, we had a get together with the whole group to say goodbye to them and to look back on the memories they had made in the UK.

At 1:30am on the 8th of August we all got onto the minibus and travelled down to Heathrow airport. We could all finally relax once we were on the plane after a few events prior to boarding. It was a lot of people’s first long flight and for some it was even their first flight. We arrived in Boston airport later that day, greeted by 30°C heat. It was a packed 2 weeks in America with so many highlights. We visited the Massachusetts state house, marched for women’s rights, visited the New Bedford whaling museum, went to a soccer match and so much more. Swimming in the sea was a lot of people’s favourite memory. It was interesting to learn about the differences in culture and to be able to see it ourselves. AHA night (arts, history and architecture) was a fantastic evening where we got to see some performances. Overall, we had a fantastic time and there are so many memories that we will never forget.

Throughout summer we presented at lots of different events. We started off with a presentation to Ørsted to continue spreading the word about our progress and all the things that we have been up to. In my speech I said ‘Jason we are going up this year aren’t we’ and then Grimsby won the playoff final to move up into league 2. I (Erin), Izzy and Kieran all presented to Ørsted’s worldwide board. This was Horizon’s most important presentation yet because we were telling international people about OnSide Youth Zones and about our work in Grimsby. It went really well and we enjoyed it after overcoming the nerves. Another presentation we did was to patrons at Blundell Park. We did our presentation and then had lunch with them. It was a ‘good networking opportunity’ and a ‘great opportunity to thank the patrons’. The event helped us improve our communication skills and it was interesting to talk to patrons and to hear about what they do and how they got to where they are today.

So, as you can see, it has been a very busy summer but one that we have all really enjoyed and we have made memories which we will never forget.