‘Horizon’ is revealed as the official name for Grimsby Youth Zone 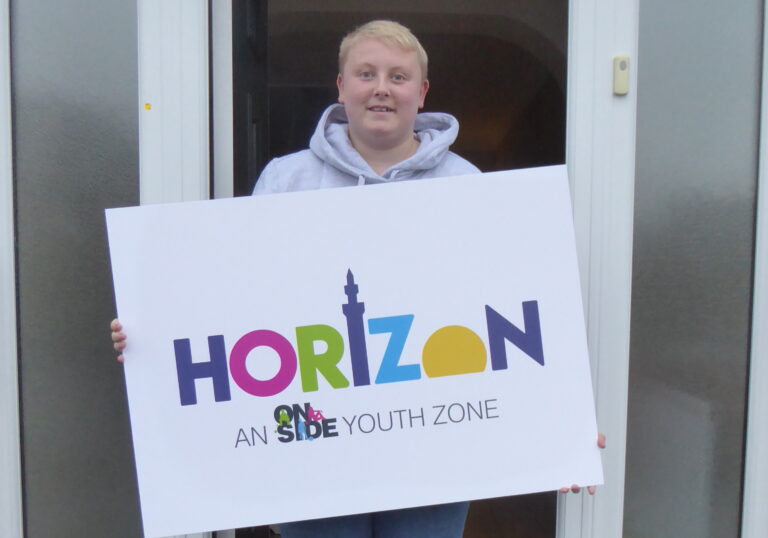 Horizon has been revealed as the official name for Grimsby’s new OnSide Youth Zone, after over 1,600 young people from across North East Lincolnshire cast their vote.

Every OnSide Youth Zone is created in partnership with local young people, for young people, ensuring that their needs are built into the design from the offset.

Earlier this year, the group took part in a creative branding process in partnership with local design agency, SourceFour, which saw them develop the two names and logos which went to the public vote.

Young people were invited to vote for their favourite name and logo, with the names ‘Horizon’ and ‘GY’ going head-to-head in a public vote, which took place in schools, youth groups and online throughout September and October.

The development group revealed the results of the vote and unveiled the winning brand through a creative video, which was made public on Thursday 10th December.

Horizon Youth Zone Chair Tom Shutes said: “It is such great news that the brand vote has finished, and the young people of Grimsby have chosen ‘Horizon Youth Zone’ as the winner. As the gateway to the North Sea the name really captures Grimsby’s seafaring heritage. It also perfectly reflects the ambition & aspirations of the Young People’s Development Group when they set out to find a name that said something about their own futures and what they wanted their OnSide Youth Zone to stand for. Look up, outward and forward to new horizons with hope.“

Located in the heart of Grimsby town centre, Horizon Youth Zone will be a state-of-the-art facility, run as an independent local charity, that will be open to young people aged 8-19 and up to 25 for those with additional needs, 7 days a week. For just 50p per visit, the Youth Zone will offer members access to over 20 activities every day including sports, arts, dance, drama, media, cooking, enterprise and much more and support from trusted youth workers.